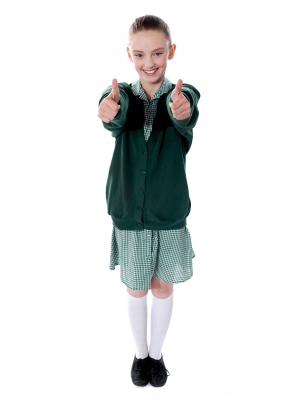 Purpose:  This game reinforces the basic principle of improv; accepting.  It’s often natural for kids to be contrary when beginning to improv – it’s easy and often gets a laugh from their friends.  However being contrary, or blocking, is fatal to most improv activities.

1.  Divide your class into two groups.

4. Then all the other players on stage support the action by jumping in and saying “Yes! Let’s!”

5.  Everyone then proceeds to do the activity together until another person in the group makes a new “Let’s [activity]!”

6.  Everyone else says “Yes! Let’s!”  and proceeds to do the activity.  (Encourage the players to always be physically active)

7.  This pattern continues until everyone has had a chance to suggest an activity.

8.  After the first group finishes, ask the second group to take the stage and do the same.

–  Was this activity difficult or hard?

–  Did it make things easier/smoother knowing that you HAD to accept the activity?

–  Did you feel more connected with your group by the end of the activity?

–  How would this activity be different if you were allowed to “block” the suggestion?