Drama Game: A Night at the Oscars 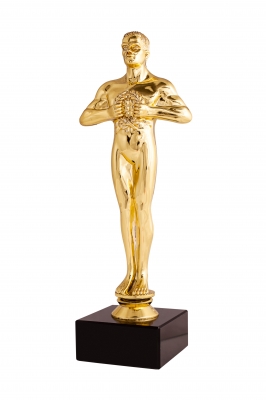 1.  On stage create three groups of two and one “host”. Everyone else should sit in the audience.

2.  Have the audience suggest three fictitious titles for movies and assign them to each of the three groups. (“Planet of the Apricots!”, “A taco paradise”, etc.)

3.  The activity then plays out like a night at the Oscars, with the host presenting.

4.  The host one at a time introduces the movies, and the groups come up and present their Oscar-winning scene.

5.  At the end, the host tells the audience to vote on the winning scene.