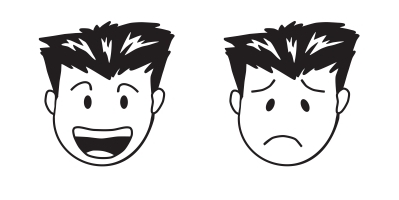 Purpose: Similar to one word story, this is a beginning improv game that helps students create interesting stories by thinking quickly and creatively.

1.  Have the players stand in a circle.

2.  The goal of the group is to tell a coherent story going around the circle, each player contributing one line at a time.

3.  A leader will begin the story with one establishing sentence.

4.  Then every line must alternate between “Fortunately…” and “Unfortunately…”.

LEADER: “Once there was a monkey who wanted to be a movie star.”

PLAYER 1: “Unfortunately, she lived in the wild far away from civilization.”

PLAYER 2:  “Fortunately, she had a cousin who lived in Los Angeles.”

PLAYER 3: “Unfortunately, she had no money to buy a plane ticket to Los Angeles.”

PLAYER 4: “Fortunately, she was a very fast at swinging through trees so she began her journey to California.”

PLAYER 5:  “Unfortunately, her arms go so tired she had to stop and take a nap in a bear cave.”

PLAYER 6:  “Fortunately, the bear was out running errands so she had the whole cave to herself.”

—
Image courtesy of sumetho at FreeDigitalPhotos.net