What happens when kids show up to perform a traditional Christmas Pageant…in their Halloween costumes?!

That’s what happens in this contemporary spin on a traditional nativity play. It’s up to Leslie to improvise her way through the story of Jesus’ birth in a hilarious and heartfelt way that connects biblical figures with modern day superheroes and more.

In the end everyone learns that its OK to be a little “mixed-up” – sometimes it all happens for a reason.

There are 5 carols throughout that allow participation by the whole audience.

Download once, and receive a lifetime license for your organization!

(Read below about the difference purchase options)

This musical is available for live, virtual or pre-recorded streaming online. For more information on our flexible streaming rights, click here.

✔  The full script (12 pages) with hymn lyrics
✔  Character list and prop list
✔  A lifetime license to print/copy as many scripts as you need (for your organization only)
✔  A lifetime performance license (for your organization only)
✔  30 Day Money Back Gaurantee (if your kids and community don’t LOVE the show, just write us and we’ll give you a 100% refund)

The MUSIC KIT includes the following for the 5 hymns in the play:
✔  Piano-Vocal Sheet Music (PDF): Refreshing contemporary arrangements in keys ideal for young voices (click for a preview)
✔  Accompaniment/Backing Tracks (MP3s): Professionally orchestrated tracks that the kids can perform along with, perfectly matching the Piano-Vocal Sheet Music.
✔   A lifetime print and photocopy license for the sheet music (for your organization only)
Use the player to the left to listen to the backing tracks. All materials are provided instantly via download only.

The script contains the following hymns that can be adapted as desired:

NOTE ON CASTING: Besides the characters of Mary and Joseph, and perhaps Herod, none of the roles in this play are written to be gender-specific.

Leslie: An adult. Not usually in charge of kids.

Narrator: A kid. Any costume will do. (Role can be expanded to multiple narrators.)

Gabriel: A kid dressed as an angel.

Mary: A kid dressed as a superhero who saves the world (such as: Captain Marvel, Wonder Woman, Superman).

Joseph: A kid dressed as a helper we can count on (such as: a police officer, a firefighter, Sheriff Woody).

Herod: A kid dressed as King Herod, who puts on the mask or costume of a villain (such as: Darth Vader, Kylo Ren, a vampire, the Joker).

Star: Kid dressed in a sparkly or shiny costume.

Dragon: Kid dressed as a dragon. Can substitute with a unicorn, dinosaur, kangaroo or other unlikely animal.

Interjecting Kid: Anyone from the three groups above.

GWYNNE WATKINS is a playwright and lyricist.  Her work for children includes the musicals Tea with Chachaji (Making Books Sing, NYC) and Space Pirates! (Garden Players, Forest Hills NY), the three-play series In Between Worlds (New Players, Ridgewood NJ), and Wow!, a nativity play for churches. Gwynne is an alumnus of the BMI Lehman Engel Musical Theatre Workshop and a member of the Dramatists Guild.  A professional journalist, she lives in New York’s Hudson Valley with her husband and son. 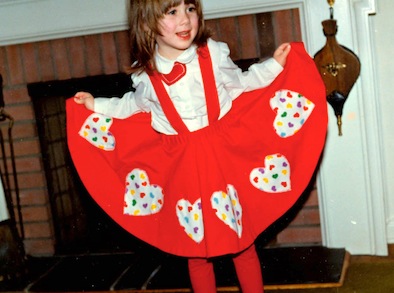