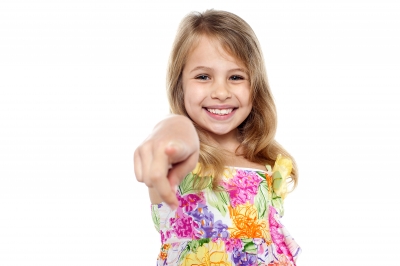 1.  In a line facing the audience, players tell a group story.

2.  One player is designated “the conductor” and kneels in front of the line.

3.  When “the conductor” points to someone they must begin to tell a story.

4.  After a few beats have passed and allowed the first players to develop a story line, the pointer will randomly point at someone else who must pick up the story exactly where the first student left off, be it mid-sentence or mid word.

– Consider encouraging the first player to choose a distinct character trait when beginning the story.  (a grumpy old man, an excited teenager, etc.)  All other players must tell the story as this “character”.