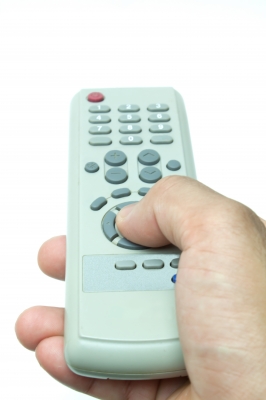 Purpose: A fun game to play with students who are already a little familiar with improv.

1.  Ask two players to take the stage to create a scene.

2.  Ask the audience for a suggestion of a “who” and “what” (Who the players are, and what they are doing.)

3.  Ask a third student to be the “Remote Holder”.

4. Have the scene begin.

4.  At any moment in the scene the “Remote Holder” can call out commands like “Pause”, “Rewind”, “Fast-forward”, “Slow Motion”, etc and the players must act accordingly.

5.  After awhile allow a new set of players take the stage and start the process over again.

5.  Some ideas for the “Remote Holder” : use the commands to make a player say a funny phrase of dialogue over and over again, or “pause” in a silly way, etc.

– If trying to include more kids, consider having three players improv a scene instead of two.

–  Consider giving the”Remote Holder” a character like “Lazy dude on couch” or “Hyper 8 year old”. The player must act as this character when calling out the different commands.

Have other suggestions of what the “Remote Holder” could be called? Leave them in the comments below!