Drama Game: Not What It Seems 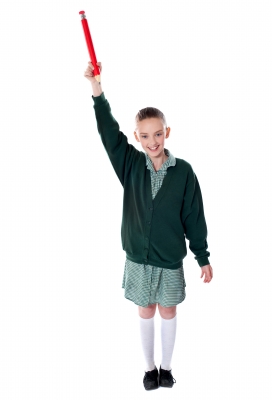 1.  On a small table place a variety of objects. The objects can be anything that the kids can easily pick up. (A paperclip, a fork, a plastic cup, a shoe, a comb, a book, an envelope, etc.)

2. Have the students stand in a circle around the table.

3.  Explain that the students are to go up one at a time, pick up an object and use it in a way that it’s not normally used. (i.e. A plastic cup becomes a tiny hat, or a fork becomes a comb, etc.) For the first round they are not to use any words. Continue until everyone has had a chance. It’s OK if an object is being used twice, as long as it’s not being used in the same way.

4.  For the second round, allow the kids to say one line as they use the object.

5.  For a third round (and for older students) consider allowing two players into the circle, each grab an object and begin a short scene.