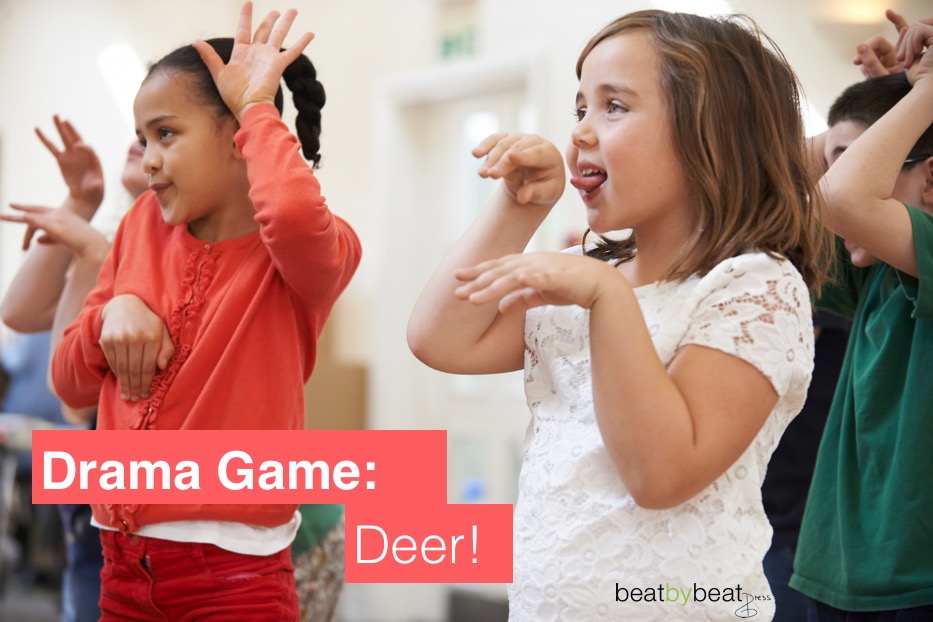 Purpose: This game has a similar style to Bippity Bippity Bop, but is slightly simpler and allows the kids to create their own animal poses.

1. Divide the class into groups of 3.

2. Ask each group to think of an animal. Make sure there are no duplicates. Give the groups 1 minute to create a 3-person pose that represents that animal.

3. Gather the whole class in a circle.

4. Have each group teach the class the pose that they came up with.

5. At the end review all the animals and poses. (If it’s helpful you could write a list up on the board.)

6. Choose one volunteer to be the leader in the center of the circle.

7. The leader points to a player and shouts an animal from the list, then counts quickly from 1 to 10. The player who was pointed at and the players on either side of her must create the animal pose before the leader reaches “10”.

8. If any of the 3 players fail to get into the pose in time, that player switches with the leader and calls the next animal.

9. There is one catch. If at any point the leader points to someone and calls “Deer!”, that player must freeze like a deer in headlights with eyes wide open. If he/she moves, she must switch places with the leader.

– The counting from 1 to 10 can happen very, very quickly. As the students get better, you can reduce the counting to 5, and then 3.
– An alternative way to play is with elimination instead of switching places. In this case there would be only 1 leader.
– Why just animals? Feel free to experiment and have the kids create 3-person poses of anything within a theme.