Putting on a Play: How to Keep Your Rehearsals Fresh and Exciting 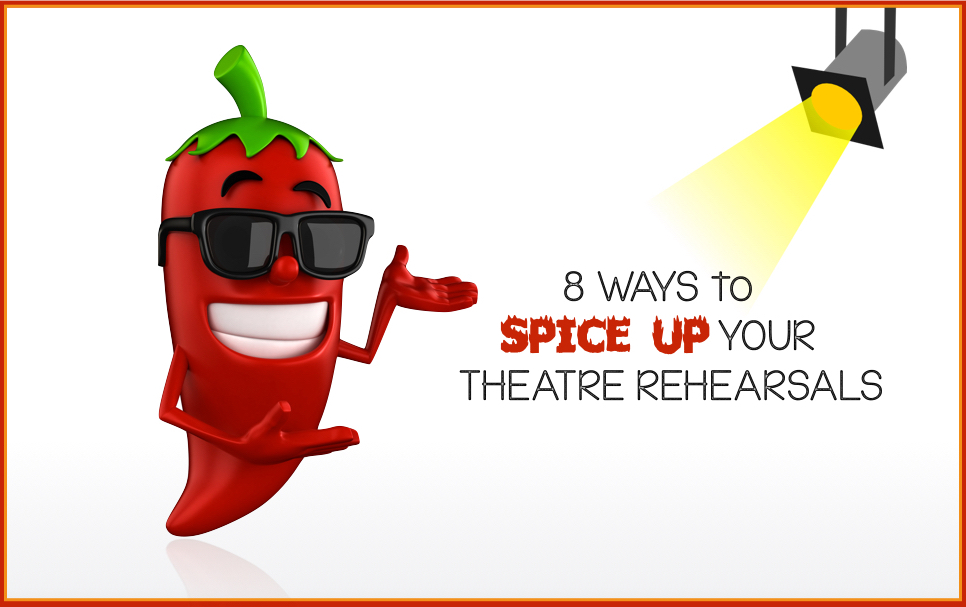 You’re six weeks into rehearsals for this year’s school show. Your workload as the director is piling up with the quickly approaching opening night, but the performers don’t seem to feel the pressure. Their focus is dwindling, and they begin to goof off.

You’ve maintained an organized schedule so your students know what to expect every time they come to rehearsal…and maybe that’s part of the problem. As you’re busy putting the show together, step by step, your students have grown bored with the routine – repeating the same lines and singing the same songs over and over again.

As a school play director for the past decade, I’ve found that breaking up the monotony of rehearsals keeps my students excited about the process and gives them the boost of energy they need to refocus themselves.

Take a look at this list of tried and true methods for keeping rehearsals fresh and exciting!

1. Start rehearsal with a mini lesson.

Sure, your main goal at rehearsals is to get the show up and running, but there’s nothing wrong with keeping the extra-curricular school play a little educational, too. Start each rehearsal by discussing a basic acting technique. You can tailor your mini lessons to the areas in which your students could use some improvement. From giving every onstage movement a motivation to exaggerating your actions to not breaking the fourth wall, there are hundreds of topics you can discuss in only five to ten minutes. Explain to your students that you want them to focus on implementing the day’s technique during that rehearsal. Not only will your students have a new focus every day, but they will be slowly building their set of skills as rehearsals progress.

2. Have a costume party.

Ever notice there’s a drastic change in your students’ onstage energy when you start working with costume pieces during tech week? Suddenly, the performers make bolder choices as they inhabit the skins of their characters. It makes perfect sense. The world of the play becomes more real with a tangible element like costumes in place, and your students’ excitement builds. Why not re-energize your students a little earlier in the rehearsal period with a costume party? Ask the performers to attend rehearsal dressed in something their characters might wear. There’s no need to get fancy. Pieces from their own closets will work. Allow each student to take a minute to explain what he or she is wearing and why. Not only will your students enjoy this creative break from routine, but you’ll get some insight on how the performers view their characters.

Your students love you. They really do. But they hear you drone on and on at rehearsal after rehearsal. After a while, you start to sound like the teacher from the Peanuts cartoons. Your students will be pleasantly surprised to hear critiques from someone new. You probably have plenty of school and community theatre directors in your professional network. Invite a colleague whose opinion you trust to sit in on a rehearsal and take some notes. Towards the end of the rehearsal, ask your guest director to provide feedback to the performers. You’ll be surprised at how your students’ ears perk up in response to a new voice. Even basic feedback that’s similar to what you’ve been saying all along (like, “be louder,”) sounds fresh when delivered by a new person. It can be difficult to give up creative control, so you might want to spend a few minutes conferencing with your guest director before he or she relays the notes to your students.

Scrap your blocking plans and surprise your students with an evening of acting exercises. Your students will enjoy putting their scripts down for the day, and what better way to develop a sense of trust and community amongst your cast than through a series of group activities. This is the perfect opportunity to incorporate a guest director into the rehearsal process or for an alum who is still active in the arts to come back and work with current students.

5. Ask your student director to block part of a scene.

Learning where to stand and when to move is never the most exciting part of rehearsals, and when you’re dealing with a large cast, it can be an exceptionally tedious process. Students’ minds wander, they stop paying attention, and they have a difficult time remaining focused. Schedule a day when your student director will block a few pages of the script. The performers will respond much differently when a peer has the arduous task of organizing 20 students on a stage. Their respect for their fellow student will translate into a renewed respect for the production overall.

Go see a community theatre show. Support another school’s play in your own district. Just get out of your own stuffy auditorium and into someone else’s for the night. Your students will learn so much about what to do (and what not to do) onstage by watching others perform. Don’t forget to debrief after the show to discuss what aspects of the performance your students enjoyed and did not enjoy.

7. Take a trip via the small screen.

Is attending another production not in the budget? No worries! There are plenty of plays and musicals that have been filmed for distribution. You’d be surprised at how many students have never seen a professional stage show. Spend a rehearsal watching a production on DVD. Ask your students to note any differences they notice between acting in film and acting on the stage. They’ll want to mimic these professional techniques in their own performances.

8. End rehearsal with a game.

The school day is long and becomes even longer when a three hour rehearsal is tacked to the end. Your students have been sitting still and heeding instructions for the bulk of their waking hours. Reward them with the chance to release some pent up energy at the conclusion of each rehearsal. Play an improv game, sing a song from the show in gibberish, dance the Hokey Pokey. Even group games that are completely unrelated to performance can have team building effects that will help unify the cast. Give your students something to look forward to at the end of rehearsal besides the same old, “Don’t forget, you need to be off book by…” speech.

Adapt these activities to meet your needs, or brainstorm some additional ideas that will work for your own group of students. By keeping rehearsals fresh and interesting, your students will be as excited throughout the production process as they were on day one!

If you’re looking for a musical that will be sure to excite your young actors, check out Beat by Beat’s award-winning collection and download a FREE perusal script here.

Do you have any additional tips for spicing up rehearsals? Leave your thoughts in the comments below!

—
Written for Beat by Beat by Mike Steele. Mike is playwright and cooperative drama educator residing in Central New Jersey. 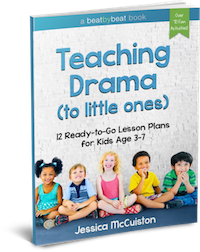