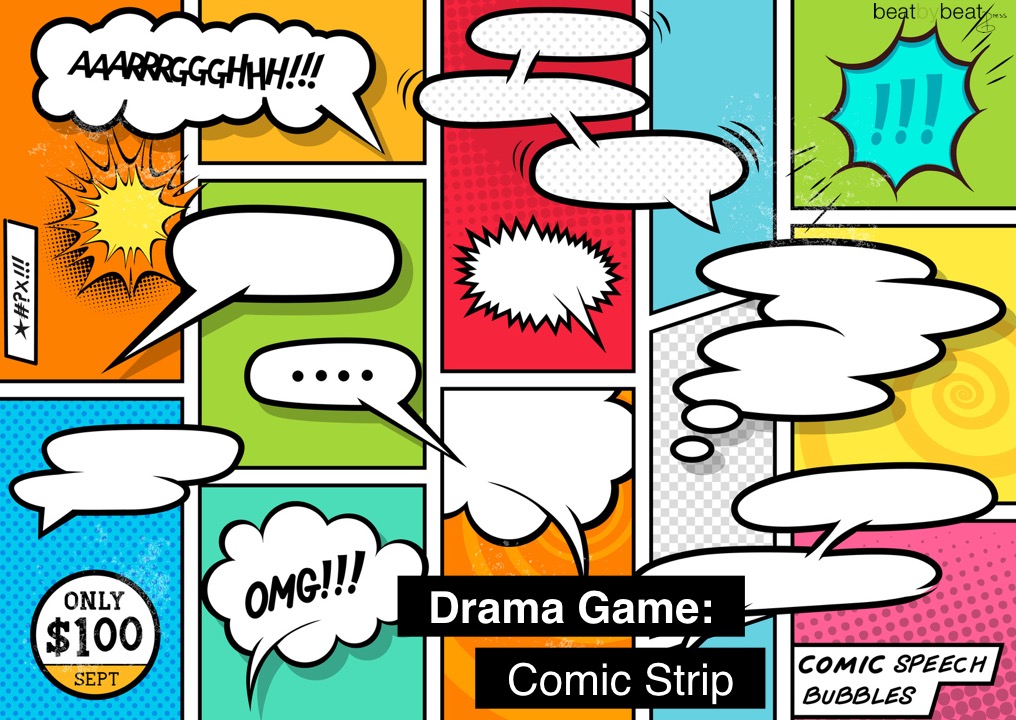 Preparation: Cut out the individual frames of comic strips and mix them in a bowl. You should have one frame for every student in the class.

1. Ask every student to come up and draw one frame from the bowl and keep it to themselves.

2. After each student has chosen, they must find others in the group who have frames from the same comic.

3. Then, they must arrange themselves in the correct order to form the comic strip correctly.

You can use this activity as a simple fun way to divide a larger group into smaller ones, or you could keep going:

4. Give each group 5 minutes to adapt their comic strip into a tiny scene. If the comic has only two characters the remaining players should be directors, helping to stage the scene.

5. Allow each group to perform the scene in the front of the class.

How did the scenes contrast to the comic strip? What were the most difficult parts of adapting a comic into a scene? You could use this activity as a lead-in to a discussion of “adaptation”.

Have a comment or suggestion? Leave it in the comments below!